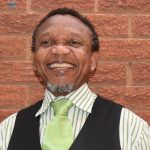 He is  an experienced and dynamic Nurse Practitioner, Educator and Executive Manager that has been in the nursing education and training environment whereby he has been involved with students for basic and post graduate programmes, lecturing and accompaniment and progressed to become a Principal of the Nursing College in 2000 overseeing the lecturers, administrative personnel and students who were registered for basic and post graduate programme.

The Minister of Health appointed him to serve in a Ministerial Task Team for National Development of Health for development of Nursing Education, Training and Practice Strategy, which is an instrument for transformation of nursing education and training landscape. This strategy is on implementation stage under the Office of the Chief Nursing Officer National Department of Health.

In 2016, he was appointed to be a Chief Training and Development Officer for Clinix Health Group Limited (black owned private hospital) ensuring that learning programmes and teaching materials are developed and reviewed for skills development and training targeting clinical and non-clinical personnel.

He had presented on the national arena policy matters related to nursing education and training and at National Nursing Summit held 2011 which gave birth to Nursing Compact and subsequently a National Nursing Education, Training and Practice Strategy.

He is currently working as lecturer and a supervisor for Master’s and PhD students at University of KwaZulu Natal, Howard College Campus, in the School of Nursing and Public Health.  He is an Acting Academic Leader for the Nursing Discipline at UKZN. He have been re-appointed to serve as a Ministerial Task Team to review the Nursing Education and Practice Strategy with an aim to develop a new one for the next five years.

© University of KwaZulu-Natal: All Rights Reserved